On this episode of Conversation: CX, Sandra Thompson, Founder of The EI Evolution, shares her insight into the key role of Emotional Intelligence to enhance the customer experience :
Watch the interview to learn about the impact of EI:
- How to differentiate Emotional Intelligence (EI) and empathy
- How to develop emotional intelligence skills
- How can we reconcile between AI and EI in order to enhance the customer experience

Sandra Thompson is the first Goleman Emotional Intelligence Coach in the UK. She started out as a Customer Experience consultant in 2010 when she founded Exceed all Expectations, a management consultancy focusing on improving customer and employee experience.

There's been so much talk about the need for empathy. But sometimes I feel there is a misunderstanding between emotional intelligence and empathy. How do they differ?

Is emotional intelligence something you think people can learn, or is it an inherent part of who they are?

You can learn it without a shadow of a doubt.

How would you start to learn that?

You would start off with self-awareness, which is very much about understanding what is going on within you every single day. And again it sounds really simple. But when you tune in, and you are aware of how you're feeling, things that make you react, things that trig you, things that make you feel great, you find out that it’s a lifelong journey and not something you can just master in all of a sudden. And the amazing thing is that with the power of what we call neuroplasticity, the fact that the brain can actually change over time, through habit and practice, you can learn the skill of any age.

The theory says that if we can encourage people to use more emotional intelligence, they'll create better connections with colleagues, customers, do you have anything to elaborate on that sort of impact ?

It's exactly that. When we think about the stresses we have in our lives, when we think about the boss that we loved working for, the boss that we hated working for, the colleagues who drive us nuts, the colleagues whom we really can't wait to work with next time. That's all about active listening, being present, being heard, being valued, and all of those things come from someone having the self-awareness to know what is going on around them and what is also going on for them. Now we have all met people who seem to be so disconnected from themselves, and what I mean by that is they will say wholly inappropriate things, they can't read the room, they don't really know what's going on. They're not so easy to work with. So I think that the ability to be present, the ability to describe how you're feeling, and that is even something I found quite frustrating, or I'm really enjoying, it's not about you're getting mushy, but it is the ability to communicate effectively, and we know that communication is hugely important, if not the most important thing for life.

So we've had several guests on in the past that have talked about employee experience and, naturally, how it trickles down to impact customer experience. Do you think that if you practice EI with your employees, then they will be able to apply this to your customers, or should new initiatives focus on the customer first?

I'm going to say that I really think it actually starts with leadership. Leadership have to have been brought in, they have to be living and breathing it, they have to remodel it. You have to give people the space, and you have to give people the opportunity to grow their emotional intelligence and when your own staff feel safe and have that psychological safety, they will have the ability to do what's right because they can, because policies allow them to do so. Then you can start to think about the relationship that your staff have with your customers. So I actually think it starts at the top. Unfortunately it does need to start there, and then other employees will be nurtured and will grow because culturally it's an expected behavior.

You gave an insightful TEDx Talk about the connection between remote work in Customer Service and better emotional intelligence. Would you mind sharing some key points with us?

The first thing is, I had an experience during lockdown with someone who was obviously in a contact center. They were stressed, it was obvious that they were exhausted, and they were burnt-out that seemed to be obvious to me: zero emotional intelligence for whatever reason. I then had a completely contrasting experience with someone who was working from home, who seemed to be quite relaxed, who seemed to get the job done, who actually was quite proactive and hugely helpful. And because I can't ever let customer experience or employee experience go, it happens to pop-up as curiosity to say, I wonder if there's a thing, I wonder if people who work remotely have more emotional intelligence. And then I set myself off in a little Google hunt and I came across some papers that basically said that people who work in remote- first organizations have higher levels of emotional intelligence. And when you think about it, it seems obvious, because if they're not seeing their colleagues in the flesh, if they're having to manage themselves, and they are managing to motivate themselves, it means that they have resilience, positive attitude and all of these wonderful things to be successful, those are emotional intelligence competencies. So my TEDx talk was basically saying: “hey guys, if you are working in an office, imagine if your organization chose to be remote first, it's possible that you will grow your emotional intelligence because you want to be effective at work, and if you grow your emotional intelligence, you're going to be even better with your customers. So don't worry about remote work being the next evil thing. It might just be the savior of customer experience.”

AI is changing every day, but it was never known necessarily for having emotion right. But how do you see EI and AI working together or coupling to be helpful in the world?

I think there's the present, the medium-term and the long term. And I think presently, there's a great opportunity, because I can see that standard types of inquiries that come in can be served very easily with AI. It can then free up time for agents to then deal with the complex problems that AI can't deal with. So that's what's happening now, and we can see it happening. It's whether the agents have the ability, or they have the freedom to solve the problem as much as they need to, because that's where the emotional connection comes. People aren't customers, aren't ringing call center to say: “Hi, isn't it a lovely day there?” They're ringing up to say “I have got a problem, you need to fix it”. So that's one thing. The midterm is that I'm noticing, sentiment being more accurately identified, and what I mean by that, is years ago it was just about the words that we used, and I used to freak out about that, because I think my use of the word experience might be completely different to the way that you see the word experience. So if we're basing all of our AI on the language that's being used, we are on course for destruction. What I'm seeing is pauses, other types of non-verba signals or expression of emotion being more accurately identified, and they're coming up on agents’ screens to prompt them to either hurry up or slow down or use this language or the other, to great effect. We're seeing some companies have a 24% increase in satisfaction, a 66% increase in employee engagement. Something's working much further down the line. I think that with increased accurate facial recognition, and I'm not going to get into all the newest science because it gets really complicated. But ultimately I think we are getting much smarter at identifying micro expressions and when we're able to do that, that's a game changer, and that's not going to be just through the voice or through the written words. That's going to be, however, how your customer physically appears,whether that's on a Zoom call or something in the future that no one knows.

Getting to the actual channels that are used in customer experience, like messaging & live chats. How can EI be leveraged to improve the quality of CX over these channels?

It's a great question, and I'm going to answer it in two ways. The first way I'd like to answer, it is ith the skill of emotional intelligence, to remain calm and measured and balanced in the agent’s response to the customer. That's one thing. That's where emotional intelligence will help enormously. The second thing is the skill of understanding the meaning of what is being said. And when you practice the skill of emotional intelligence, I think the sensitivity that you have to the context of a sentence within a chain of communication means some people might read it one way, whereas someone withEI might actually understand it to be something else and to get to the nub of that, means that you can resolve faster, and the customer actually does feel that they're properly being heard, because it's that one word within that sentence that change the meaning of everything.

Do you have an example of EI applied to the customer experience world that you're proud of ?

The example I'm going to give you is from the legal sector. We know that lawyers are rewarded for their technical brilliance, and they applaud one another for their high IQ. When lawyers practice emotional intelligence, they are able to charge up to nine percent more per hour for their services, that's number one. But probably as important, is that the practice of emotional intelligence reduces heart attack, reduces stroke and reduces other types of medical conditions that are typical of those high stress jobs.

Any closing words of wisdom?

I'd like everyone to just take a look at what emotional intelligence really is. There's a lot of people that don't perhaps give it the credit that it actually deserves. That last point about law is important because it's not a fluffy soft skill, it really isn't. The second thing is just journal, even if you can write a sentence today on how you're feeling, it will increase your self-awareness, it will enable you to articulate how you're feeling a lot better, and you're well on the road to improving your own EI. 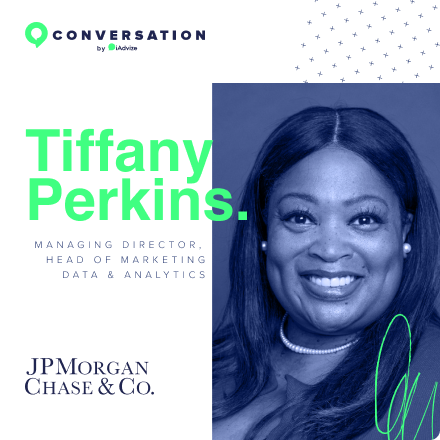 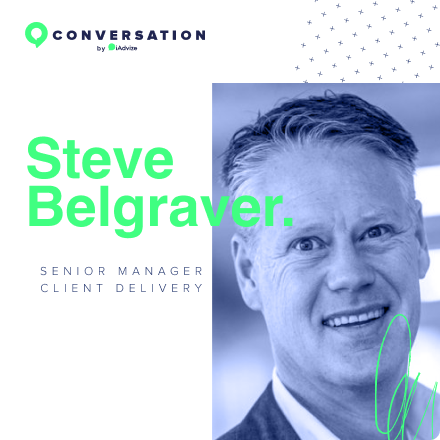 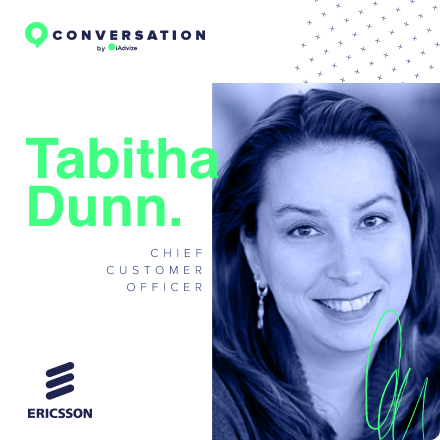 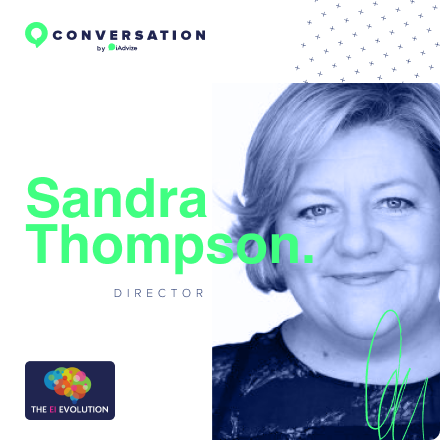 Unleashing the power of Emotional Intelligence to enhance CX 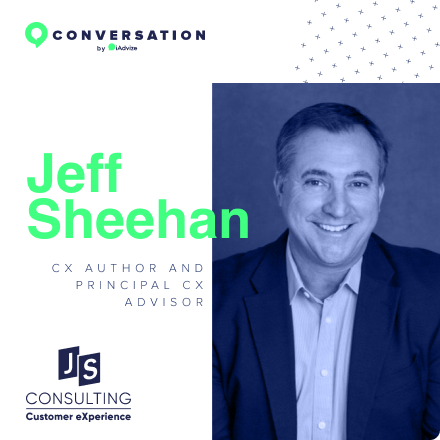 Bridging theory and practice when implementing a CX strategy 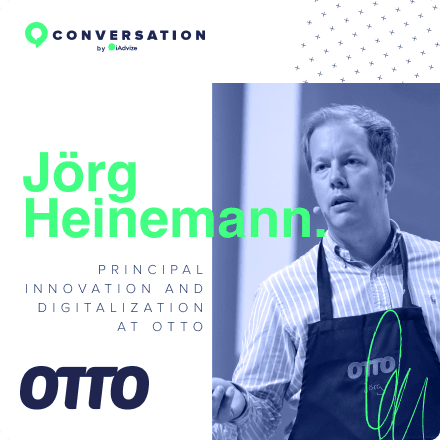 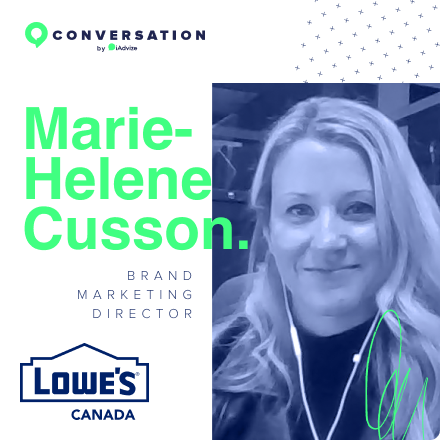 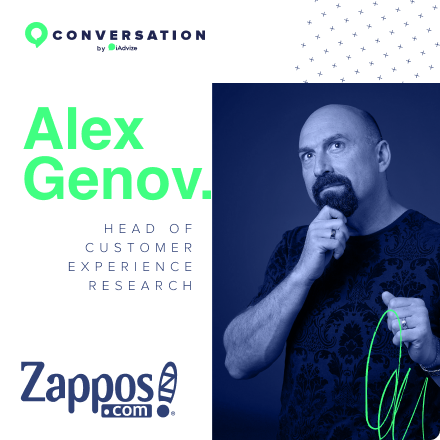 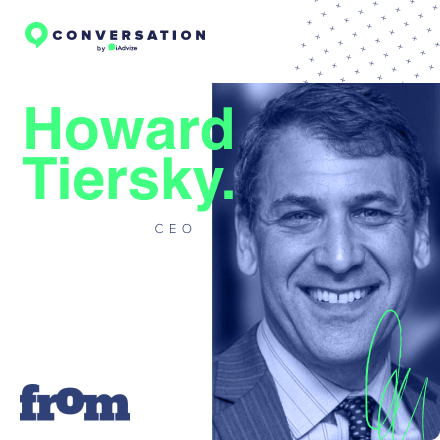 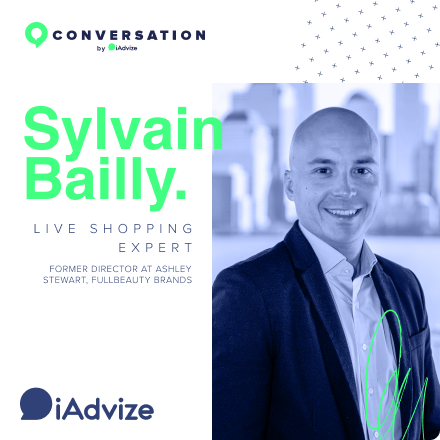 How to: Live Shopping, Instructions, Wins and Secrets to a Successful Event 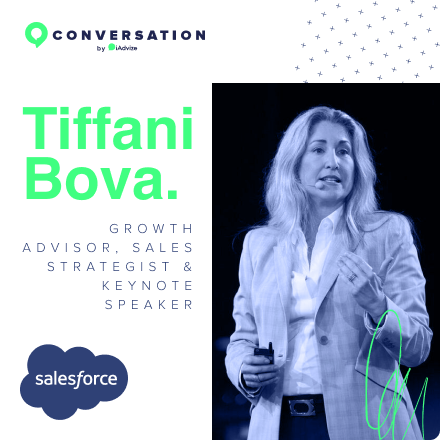 Putting the customer at the center of your growth strategy

Stand out from competition

Want to discover the solutions our platform offers?